A LUXURY glamping company in the forest that has battled Covid shutdowns was named the South West’s Best Accommodation Provider at this year’s Rural Business Awards.

Lorraine Robinson, owner of The Roost Luxury Glamping in Mitcheldean, says she is ‘delighted’ to have won first prize in the ‘Best Rural Tourism Company’ category at the South West Regional Awards, which celebrates success. businesses across the UK’s rural economy.

The Roost, which consists of two cedar cabins set in 2.5 acres of prairie within a special conservation area, opened in December 2019 and has become increasingly popular with vacationers since then, despite the first 18 months of activity.

Lorraine was forced to close just 12 weeks after opening due to the pandemic, and the business was further affected by two more nationwide lockdowns and tiered restrictions that followed in England.

Despite these restrictions, The Roost managed to win two “Gold” ranking awards from Tourism Quality and Green Tourism in 2020 and was ranked among the top 15 “Great Cabin Getaways” in the UK by the Sunday Telegraph.

Following her recent success at the Rural Business Awards, Lorraine said: “I am delighted to have won. It’s been so tough eighteen months in the business, so being named the South West’s Best Rural Tourism Company is a huge boost.

“Cabins have always been fully booked, many being loyal customers.

“We’re a very romantic place – there have been at least five marriage proposals and seven honeymoons there so far.

“All of this also helps raise the profile of the area and has placed the Forest of Dean and the Wye Valley firmly on the must-see tourist map!

The Roost, which took Lorraine over three years to materialize at the previously neglected Mitcheldean site, has been described as a “champion” of sustainability by Dean’s Forest MP Mark Harper during a visit to the site in May, with all composted food waste, locally sourced kitchen utensils and electric car charging station on site to minimize its impact on the environment.

The adults-only site also has a pond and plots of “beautiful” wildflower meadow for the benefit of local wildlife.

The Roost will now represent the South West at the National Rural Business Awards final, in partnership with Amazon, in February.

The awards, created by Leicestershire businesswomen Anna Price and Jemma Clifford, are organized “by rural businesses for rural businesses” with the aim of celebrating success and creating a “strong network” for business owners. business.

Co-Founder Jemma Clifford commented: “We are very proud to host the seventh annual Rural Business Awards in partnership with Amazon, especially after the past 18 months.

“On behalf of the Rural Business Awards team, I would like to congratulate The Roost Luxury Glamping on this well-deserved victory and wish them all the best ahead of the national final.”

Another forestry company, the luxury adults-only treehouse, Hudnells Hideout, located in St Briavels, was chosen as one of two finalists in the “Best Rural Tourism Company” category of the South West awards. .

The treehouse, which is run by owners Sarah Orchard and her husband Adrian, has previously featured in Sandi Toksvig’s “Extraordinary Escapes” on Channel 4 and has garnered excellent reviews since opening on Valentine’s Day. in 2020.

More information about The Roost is available at www.theroostglamping.co.uk.

Previous Tax the rich? What if we don't tax the poor? A Guide to Inflation, the Central Bank, and Elon Musk

Next Try the Pampered Wilderness canvas cabins for next-level glamping 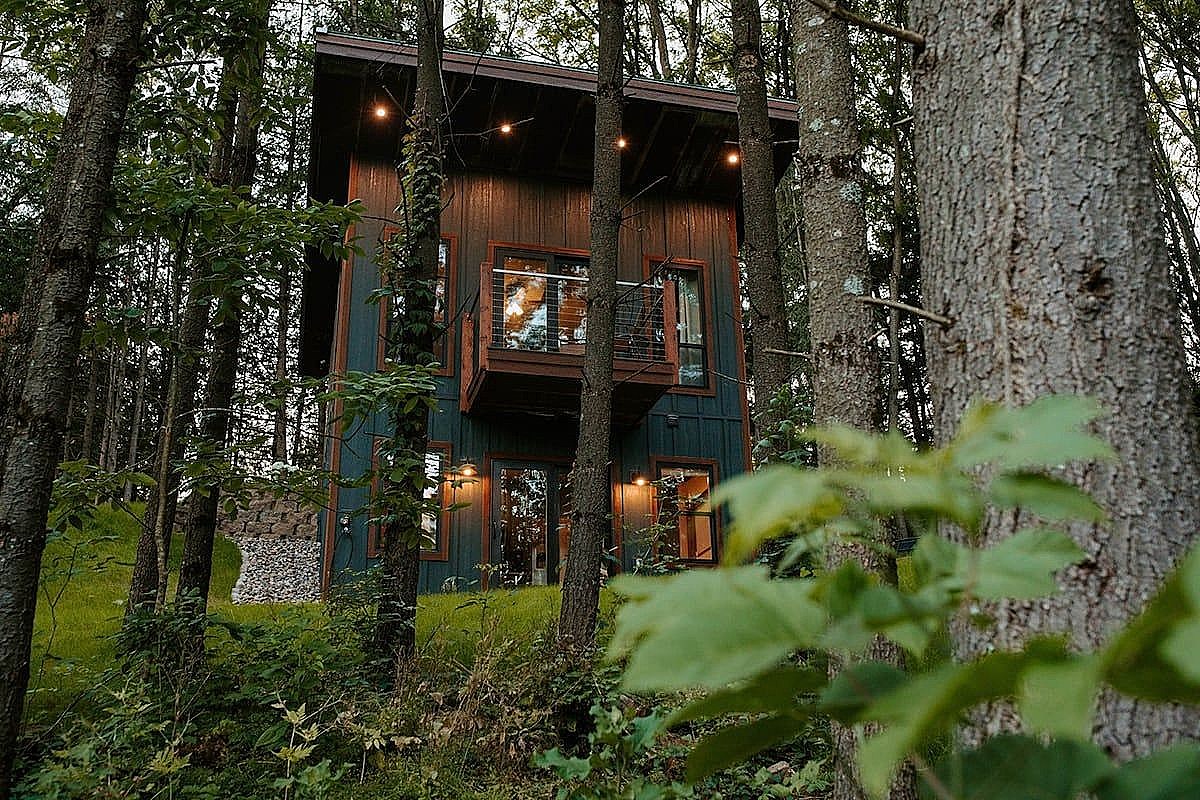 The coolest cabins to rent on your next trip to Wisconsin